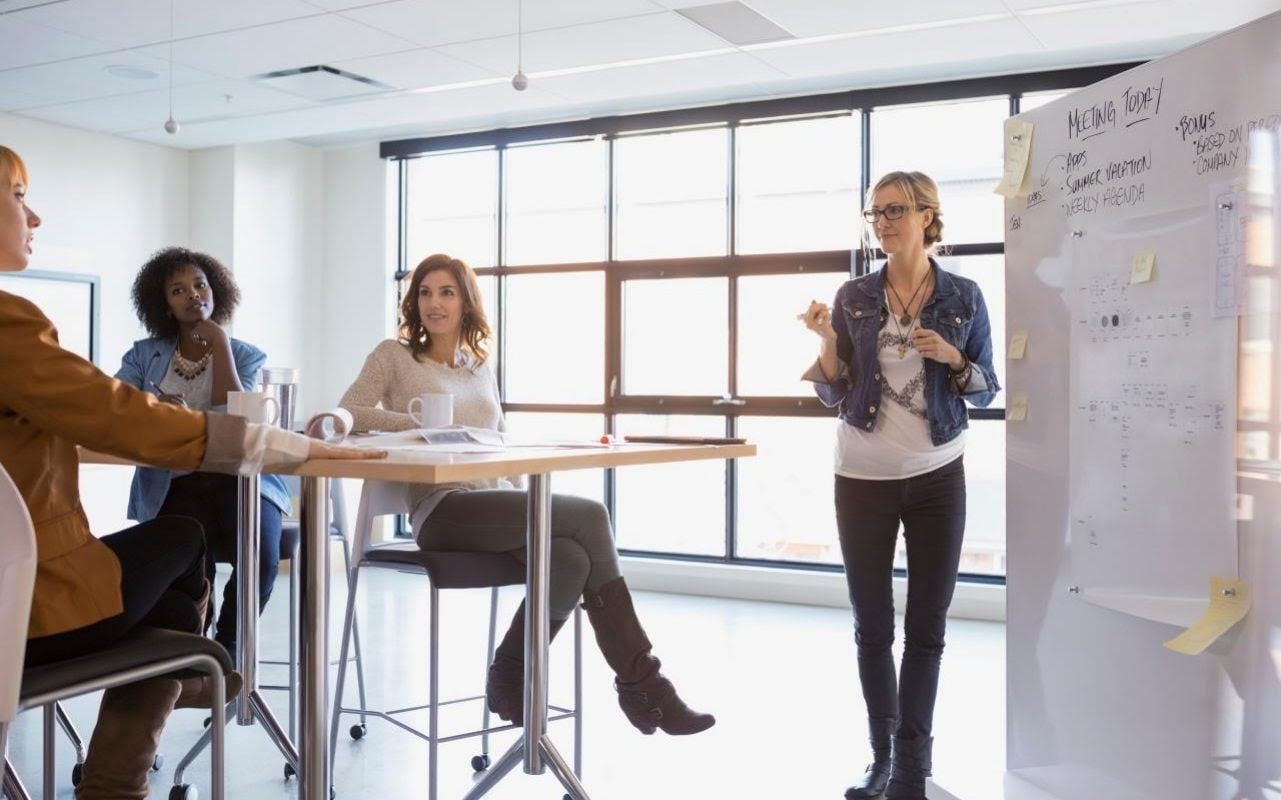 As CEO of the Chartered Management Institute, I am regularly challenged: “Why is gender balance in the workplace the topic you choose to focus on?” It is precisely the CMI’s mission to create better led and managed organisations which drove me to write a book on the subject – gender balance is perhaps the best lever we can pull to develop better leaders and managers at every level.

But that’s not it. All the evidence shows that this is a business imperative. McKinsey estimates that true gender balance at work could add $28 trillion to the global economy, including £150 billion to the UK economy. More diverse companies outperform their less-diverse competitors by 21 per cent. No board in the country should be ignoring these facts.

And frankly, after a career of both highs and lows which mapped very closely to the diversity of the organisation in question, I believe that by creating gender-balanced workplaces, we will be ensuring the next generation of women experience more peaks than troughs.

What progress has been made to date? The gender pay gap for senior leaders and managers remains stubbornly at around 26 per cent. CMI research has found that men are 40 per cent more likely to be promoted than women, which contributes to what I call the “glass pyramid.” This is where women’s representation in organisations steadily falls off the more senior you go: from approximately 50 per cent representation among junior managers, to just 5 per cent of CEOs.

This is undoubtedly a dreary picture, but there is hope. Inspirational organisations like Diageo and Unilever show that organisations can drive change and have an impact. Both have taken a ‘heart and mind’ approach. They implement targets and processes to collect data and build the intellectual case for their action to drive balance. But they also have senior leaders at all levels talk authentically about the need for equality, and they encourage everyone to challenge native behaviors which damage their inclusive cultures.

And it is with this ‘macro and micro’ approach that I’ve structured my book Create a Gender-Balanced Workplace, which represents the culmination of my 25 years of experience in business, and the countless centuries of those women who came before me, and who have come since, who simply won’t accept gender inequality in the workplace.

I have provided clear and concise facts to demonstrate the business case for gender equality at work, five snapshots of global gender progress, and the top five pitfalls that hold gender balance back. I have then explained five clear, evidence-led practices that organisations can implement today to drive equality and create an inclusive culture. Finally, I set out the five steps that you as an individual can take today to boost gender balance.

This isn’t an academic text, bogged down in theory. I set out to create a simple, accessible book which can be read on a plane or a train, and which delivers practical guidance which you can implement immediately. There is nothing in there that gender diversity campaigners won’t already know. Instead, I feel like I’ve acted as a curator of the best-practice and strongest arguments from the fantastic champions who have driven this cause over the decades.

I was delighted that some of these champions were able to join me to launch the book. We heard from Julia Gillard, Australia’s first female Prime Minister, who explained that women make up closer to a quarter than a half of most high-profile, public-facing jobs, and that the pace of change is glacial.

Brenda Trenowden, Global Co-Chair of the 30 Percent Club lamented that, while many are throwing money at the problem, not enough companies are committed to asking seriously uncomfortable questions to establish a baseline from which to improve. She celebrated that the FTSE 350 has just hit the target of having a third of board positions filled by women, but cautioned that within the statistics, the outperforming boards were pulling up the underperformers.

Cherie Blair singled out the men in the room (and everywhere), challenging them that if you do not actively promote diversity, and if you don’t call out damaging behavior, you are not doing enough. Chair of CMI Women, Heather Melville, agreed, saying that every CEO and Executive Team in the country needs to understand that this isn’t a HR issue – this is an issue for every manager and every employee in the organisation.

And it wasn’t just inspirational women. We heard from Bruce Carnegie-Brown, Chair of Lloyd’s of London, about the steps he’s taken to improve diversity at the company. A champion of equality, he explained how the company identified the problem, undertook a brutally honest benchmarking process, and will continue to set targets and report against them to drive action.

Luke Mills from Accenture told us about how he drives change in his team – he’s always open about his caring responsibilities and challenges meetings scheduled at unsociable hours. Ultimately, he said we just need to promote more women! I wish I could reproduce their inspirational words spoken in McKinsey’s beautiful new office, the Post Building, in full here, along with the words of all of the fantastic collaborators.

I want to end on this point. I speak a lot to girls and young women in schools and universities, from teens to those in their mid-twenties. I say the same thing to them – we aren’t going to fix this problem in my lifetime, and unless we get bolder and braver, we won’t fix it in theirs either. So I will continue to say loudly and proudly: “Get involved and do something, anything – if for no other reason than for the next generation!”

If we are to see change before the current projection of 207 years, we all have to keep pushing. But looking at the room full of strong champions, I believe that our outlook isn’t dark and stormy. It is bold, bright and balanced.

Women Mean Business Live, November 5 2019, will bring together over 500 business leaders and entrepreneurs for a day of action, debate and networking to overcome the barriers that all too often prevent female-led businesses and professionals within the workplace from reaching their full potential. Speakers will include media entrepreneur Tina Brown, Samantha Cameron, founder of Cefinn and Marta Krupinska, head of Google for Startups UK, among many more. For more details click here.

By Ann Franke – republished from The Telegraph, 9th October 2019